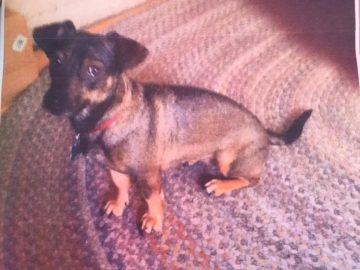 CARDA teams assisted in the search for 85-year-old Carol Morgan and her dog, Gigi, who were found safe and unharmed.

Just before 8 PM the Sheriff’s Office received a call from a resident who seen a woman and a dog matching the description of Carol and Gigi walk out onto Mueller Drive. Search and Rescue teams rushed over to the 12000 block of Mueller Drive and confirmed that indeed the woman and dog were Carol and Gigi. Carol was a bit dehydrated but otherwise appeared to be heathy and clean. An initial medical evaluation was given to Carol. A Sheriff’s Deputy and SAR member drive Carol and Gigi to their home where Carol was reunited with her husband. Medical personnel will be doing a further evaluation at her home. Carol has not said where she was but only believed she was gone for a short time. We are all so thankful that the search for Carol is over and she is home once again with her family. We would like to thank everyone from the many agencies who assisted in the search efforts and the wonderful outpour of concern and kindness from those who shared her information and residents who helped look for Carol.